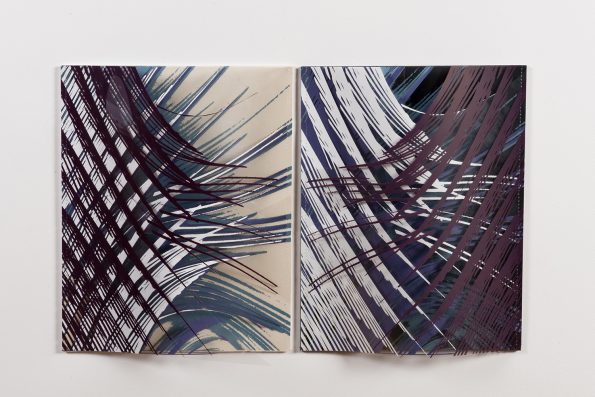 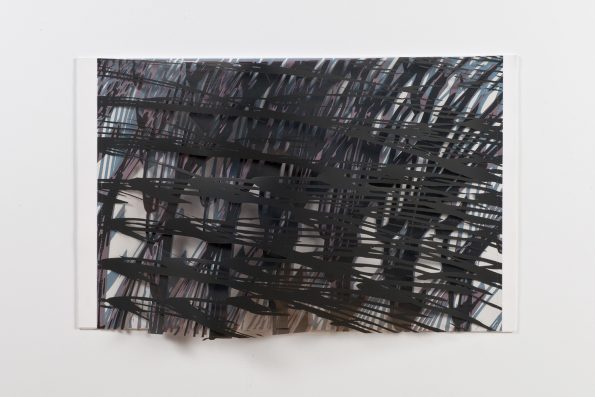 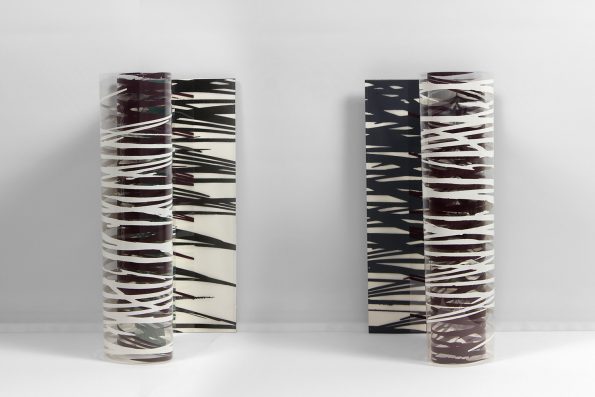 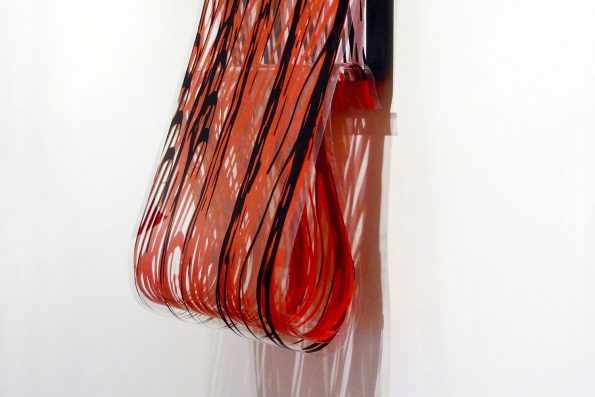 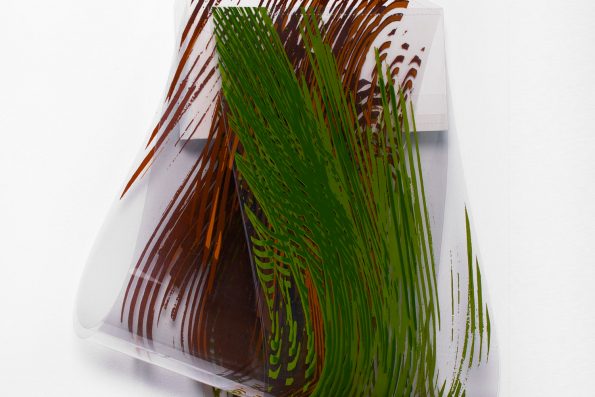 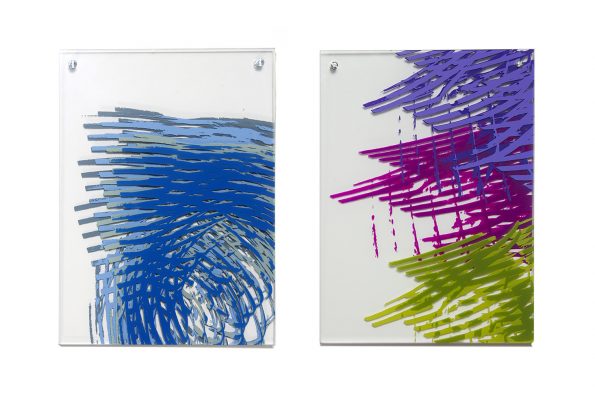 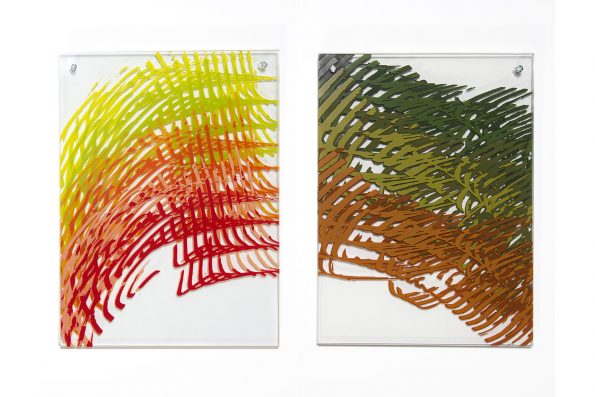 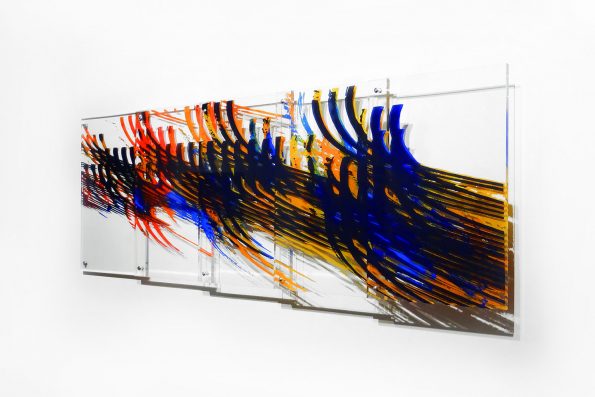 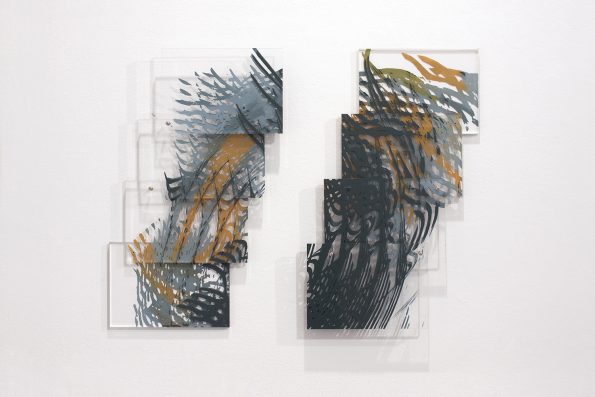 The beams of light expanding 2012

Although light is invisible and colorless to the human eye, it is only thanks to light that we can see. The beam of light has taken physical shape as movement, as a concept of high speed given its physical state, and as the creator of the huge gamut of colors we know; and in this occasion, its ability to take up and adapt to any space, whether empty or full, has also been examined. This is why the works have been created out of transparent materials: so that the beam of light may leave the opaque plane and gravitates around the space. The beams of light escape from the wall by means of printed patterns which undergo manipulations, and they become threedimensional.

“Rolling the blinds up and down, she discerned those beams of light that filtered through the slits. Beams of light that would change and move around, creating lines of light and shadow in the space. They conveyed to her something aesthetic, something so attractive that she found her-self trapped in them. It became a topic, a material, a means to investigate its plastic possibilities; in short: an obsession”.